Ahh, caffeine. It’s been revving us up for centuries. It’s even been fueling scientific research.

You’d think we know all there is to know about caffeine, but it is still the subject of thousands of scientific studies to get to the truth of what it can and can’t do. Literally thousands! In the past 10 years, more than 11,000 papers were published on caffeine-related research, like studying the effects it has on health, on sleep, on memory, on sex, on fat, and even on hair.

Here’s what we know about caffeine and hair:

Sounds promising, right? It is, but the study was done by dissecting hair follicles (the scalp pore that surrounds hair’s root) from people’s scalps and studying the follicles in a petri dish. Imagine a bunch of hair bulbs hanging out in a wading pool of caffeine and / or testosterone for 5 days waiting to find out what happens – shrivel up or keep growing? Not the average day in the life of our hair!

So, how does KeepItAnchored’s Shampoo with caffeine compare to typical caffeine shampoos? 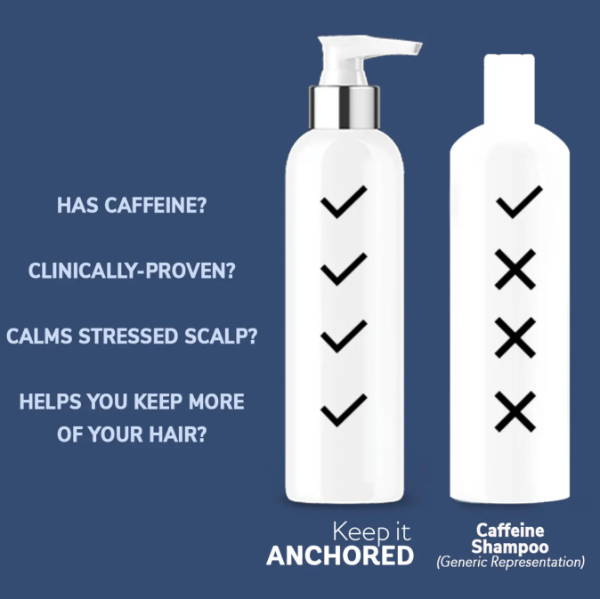 KeepItAnchored Shampoos are available for Men and for Women.

Want to know more about hair loss and how KeepItAnchored stacks up? Send your questions to Dr. Jeni at jeni@keepitanchored.com.